When to Break the Rules of Writing

It's okay to break the rules of writing? A one-hour audio presentation.

When is it okay to break the rules of writing? Author Alton Gansky reveals his answer to that question in this one hour audio presentation. Gansky looks at the "rules" for book proposal formats and grammar, and then discusses when breaking those rules is a viable, even favorable option for the author.

The lecture was originally given at an American Christian Writers conference. If you want more information on their conferences and services visit www.acwriters.com. 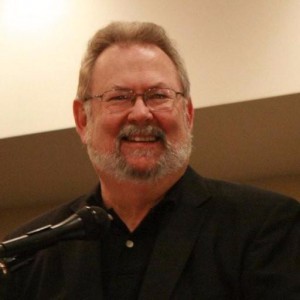 Alton L. Gansky is the author of 24 novels, 4 novellas, 1 screenplay, and 11 nonfiction works, as well as principal writer of 9 novels and 2 nonfiction books. He has been a Christy Award finalist (A Ship Possessed) and an Angel Award winner (Terminal Justice) and recently received the Carol award for best suspense/thriller for his work on Fallen Angel. He holds a BA and MA in biblical studies and was granted a Litt.D. He lives in central California with his wife.

In addition to his own writing, Alton Gansky has consulted and provided editing/ writing services to several CBA publishers and written copy, video scripts, and other works for the general business market.

Through Gansky Communications he has consulted with publishers and agents, as well as provided editing services. He is “the go to guy” for co-writing having been selected by Penguin, Waterbrook, Broadman Holman, and other publishers to work with their top tier authors.

Gansky is in frequent demand at writers conferences having taught and keynoted in California, Arizona, New Mexico, North Carolina, Delaware, Washington, and Canada. He has also been guest lecturer on suspense writing at Taylor University in Indiana.

Complete Audio Lecture
Available in days
days after you enroll

When can I start taking this course?
The course will be available immediately and will remain available as long as you keep your account with us, twenty-four hours a day, seven days a week. It is completely self-contained and can be enjoyed at your own pace - you decide when you start and when you finish. If there is something you missed, you can go back at any point at any time.
How long do I have access to the course?
How does lifetime access sound? After enrolling in this course, you will have unlimited access to this course for as long as you like - on any device at any time. Simply log into your account from a device and the courses for which you registered will remain available to you.
What if I am unhappy with the course?
We would never want you to be unhappy! If you are unsatisfied with your purchase, contact us within 10 days and we will give you a full refund. ([email protected])
May I share this course with others?
We would prefer that you keep your course purchases for your own use. We are aware that we cannot prevent "sharing," but doing so undermines the spirit under which the Institute was created. We ask that you use your best judgment and respect the value of our teachers’ intellectual property.
Can I interact with the teacher directly?
Our courses are not set up for one-on-one interaction. Some of the teachers are available for coaching but at this point we recommend you reach out to them through their web sites to see if they are available.
off original price!