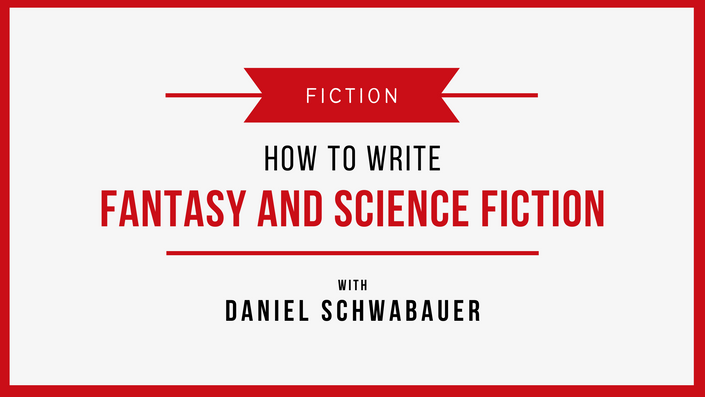 Explore the fantasy and sci-fi genres as you create your own speculative fiction novel.

Join award-winning author Daniel Schwabauer for a deep-dive into the world of fantasy and science fiction!

Discover exactly how to transport your readers into exciting new worlds. Find out what story elements keep your readers turning pages, devouring chapter after chapter. Learn how to create relatable heroes and heroines who will stay with your readers long after they reach the end.

Speculative fiction is one of the most impactful methods for authors to relate Christian principles through fast-paced parables readers can't put down. This course for beginners and advanced students alike will teach you everything you need to know about crafting unforgettable, life-changing fantasy and science fiction novels! His young adult novels Runt the Brave, Runt the Hunted, and The Curse of the Seer have received numerous awards, including the 2005 Ben Franklin Award for Best New Voice in Children’s Literature and the 2008 Eric Hoffer Award. He graduated from the Master's program in Creative Writing, at the University of Kansas, in 1995.